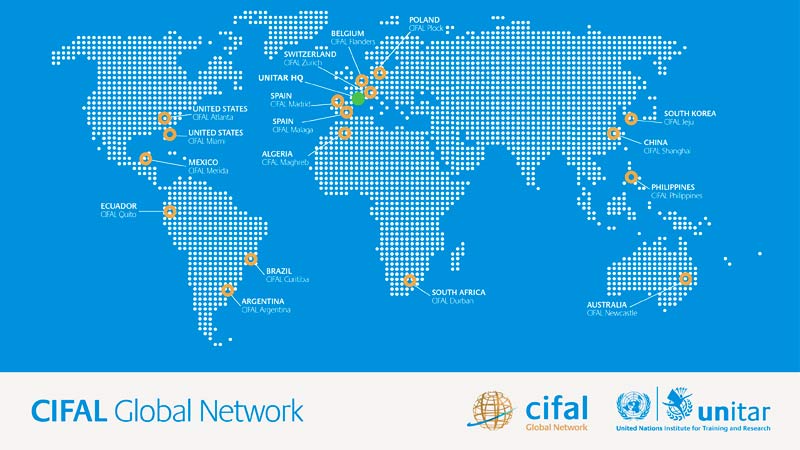 The CIFAL global network is composed of 18 international training centres for authorities and leaders. The CIFAL centres are located across Asia, Africa, Australia, Europe, the Americas and the Caribbean. The network provides innovative training around the world, and serves as a hub for the exchange of knowledge amongst government officials, the private sector and civil society.

The CIFAL network of training centres is coordinated by UNITAR’s Decentralised Cooperation Programme. Each centre is locally managed by an institution, as in the case of RACE in CIFAL Madrid, which offers academic content, technical support and quality control of training, developing activities to build capacities.